The Old Attitude and the New Faith

…Another example is Zofia Kulik, whose art combines political criticism with a feminist perspective. This combination seems very significant from the standpoint of the broader problem of the position of women in Polish society. The communist regime, especially in its „enlightened” phase (i.e. the 1970s, but also in the martial law era of the 1980s), tried to disguise its anti-woman policies by a variety of shams in accordance with the tradition established by the „fathers of Bolshevism”. On the surface, women seemed to play a significant role in the political, cultural, and national arenas during the heroic years of communism, and women’s lives were ostensibly shaped by the ideology of liberation and equal rights, as the phrase went in Poland. But fraud was a characteristic feature of real socialism, and the appointment of seamstresses to the politburo, the meetings between the League of Women and the first secretary, and the annual celebrations of Women’s Day were incapable of concealing the true situation of women in those years. After the „break”, at a time of heightened Catholic reaction, the situation changed to the extent, that the authorities stopped trying to conceal their repressive attitudes toward women.

I believe this lack of camouflage may be attributed to at least two factors. One factor, without a doubt, was the vehement eruption of right-wing rhetoric and its entire arsenal of typical concepts (family, childcare, motherhood, and so forth), which was not present in the political scene during the communist era. The popularity of this „new” rhetoric could be attributed to an understandable reaction to the communist indoctrination of the „past era” and a kind of rejection of communist left-wing phraseology. Another factor was economic in nature and could be attributed to greater competition in the labor market. After the Second World War, the communists, who were seizing power in a biologically devastated country, needed working hands. This was the origin of the slogan „women to the tractors”. Poland’s economic crisis and systemic changes have resulted in growing unemployment. That is why the „male” political establishment (which is right wing) has reserved jobs for men and at the same time has justified female unemployment for ideological reasons. The following statistics will give the reader an idea of the structure of employment in Poland: „80 percent of women are employed in jobs which require absolutely no skills, and their pay is 30 percent lower than that of men [in the same jobs]. 1.5 percent of men and 9.5 percent of women are employed in the lowest-paid jobs. There are only 30 women among the 360 managers of light industrial plants (where 70 percent of the workers are women).”

But the problem goes deeper than just the attitude of the government or the political establishment toward women. The negative attitude of Polish culture toward women, a culture molded by Catholic views and institutions, regardless of whether the communists, liberals, or peasants were in power, compounds the problem. From the standpoint of Polish history, a history of perpetual battles for independence, Catholicism is inextricably linked to tradition. At times when an independent Polish state did not exist (such as in the nineteenth century) or when its sovereignty was limited (1945 to 1989), the Catholic Church was the bulwark of the nation – its values, its cultural ambitions, its yearnings for independence, and so forth. This history has made Catholicism an integral part of the national tradition and has given the church its current level of political influence, which is the reason for the popularity of the anti-woman rhetoric and ideology it propagates.

In examining visual culture from a sexual standpoint, we can follow John Berger in saying that a characteristic feature of Western (masculinist) art is the principle that „men act, and women appear” 1 J. Berger, Ways of Seeing, London, Penguin Books, 1972, s. 47.. The female artists in the West who generally identify themselves as feminists have begun to criticize Western art by subjectivizing women and giving them active roles: „the woman acts while appearing”. Zofia Kulik has turned Berger’s principle upside down: „women act, and men appear”. And this attitude has profound and complex psychological and political motivations. She has written:

Why am I not a joyful citizen? I have been hammered, we all have been hammered. Hammering implies a repetitive driving of a nail into something. And now it seems that I am struggling with some invisible blade which I try hard to turn away from me and point it outward – at others? It is not gentleness that fills me in but suppressed desire to attack. The only problem is the one of direction: to myself or from myself… By visualizing the „subordination” do I appreciate and praise it, or do I mock it and abolish it? Accepting the „subordination” as my problem and theme, full of fear and hatred toward the situation in which the urge to subordinate occurs, I take an artistic revenge with every weapon (symbolic and formal) that has been used against me 1 Z. Kulik, Na temat repetycji: in: Obecność III / Presence III, Poznań, 1992..

One of the weapons the artist refers to is male domination, or in its specific political context, male domination in the oppressive communist society. Kulik has shown large photographs with the meaningful titles of The Idioms of the Soc-Ages, May Day Mass, The Guardians of the Spire (referring to the spire of the Stalinist Palace of Culture in Warsaw), March, March, March, March, and others. Their composition consists of symmetrically arranged halves of the form of a naked man (Zbigniew Libera, whose theatrical gestures also conform to a general symmetry. This man is forced into a general, extremely rigid compositional framework and is totally instrumentalized in relation to it. In other words, he has been subordinated to an abstract idea, deprived of all free will, transformed into a blindly obedient tool of an abstract system, and has become an ornament and elaboration of the general idea. His body, which is completely unlike any muscular hero, is frail and weak and yields without resistance to the „hammering”. We could say that Zofia Kulik’s works constitute her reply to years and years of this kind of „hammering” and „subordination” to the men who hold power (including communists, but not only them). Furthermore, we could say that this artist, by turning the sexual system of dependence upside down, has elevated the subject to a general level, in that the general system of „subordination” is based on constant „repetition”.

In Kulik’s works „faith” is not just mocked and rendered absurd, as in the Gruppa’s paintings or Luxus shows. She also clarifies and analyzes the mechanisms of conquest and domination built into Polish culture in the context of a different „faith”, the „faith” in the naturalness of the oppression of women….

Piotr Piotrowski (Poland) – is chief curator of contemporary art at the National Museum in Poznań and an associate professor of modern and contemporary art history at the Adam Mickiewicz University. Piotrowski has been awarded several honors, among them the J. Paul Getty Fellowship, the Heyman Center for the Humanities, Columbia University, New York, 1994; and the Alisa Mellon Bruce Senior Fellowship, Center for Advanced Study in the Visual Arts, National Gallery of Art, Washington, DC, 1989.
His published works include books on Marcel Duchamp, Russian constructivism, and the Russian avant-garde, and articles such as „From the Blasphemous History of Art”, in Andres Serrano: Works from 1986-1992” (Warsaw: Center for Contemporary Art; 1994). 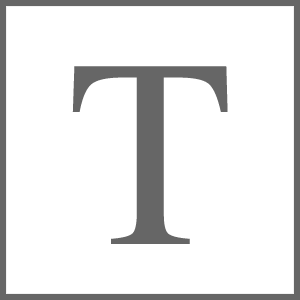